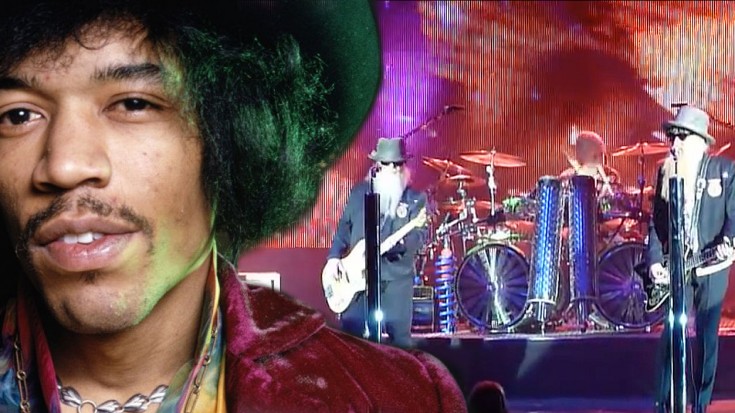 The Kings of Southern Rock n Roll, Billy and Dusty are back at it again with this awesome tribute performance of Jimi Hendrix’s “Hey Joe” in Sydney, AU in 2011.

“Guy came along snatched us outta Texas and took us all around the planet, taught us about half of everything we know and then some. I think you all probably liked him, loved him just as much as we did. We miss him but you know who I mean… Jimi Hendrix. Let’s do one for Jimi tonight.”

With the background display of a soulful Jimi Hendrix, Billy’s vocals were out of control and would have impressed Jimi himself. We honestly cannot say enough about this bearded legend’s voice in this authentic Jimi tribute as he channels the complicated rockstar himself.

Although we will always love “La Grange” and “Sharp Dressed Man” as ZZ’s original southern rock sound, we could really get into them continuing to cover some of Jimi’s greatest hits on tour. Could you?