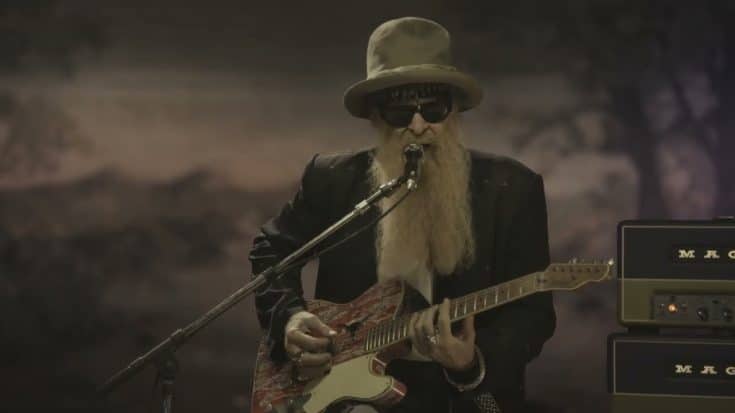 The song is taken from their newly-released 11-track live album, Raw, which came out on July 22. It was made in connection with its 2019 ZZ Top Netflix documentary, That Little Ol’ Band From Texas.

The LP was produced by Billy Gibbons, and is dedicated “in righteous memory of Dusty Hill.” It features their original lineup of Gibbons, Frank Beard, and the late Hill, recorded at Gruene Hall in 2019. Gibbons and Beard said in the Raw liner notes:

“Just us and the music, no audience of thousands, no concession stands, no parking lot social hour, no phalanx of tour busses. Just us and the music. We knew right then it was a very special circumstance, all of us in the same place at the same time – and what a time it most certainly was.”

Meanwhile, ZZ Top is currently on their North American tour called Raw Whisky for this summer and will run through December. Gibbons and Beard are joined by longtime ZZ Top guitar tech Elwood Francis, who took the place of Hill on bass for the trek. You can watch their new music video below.