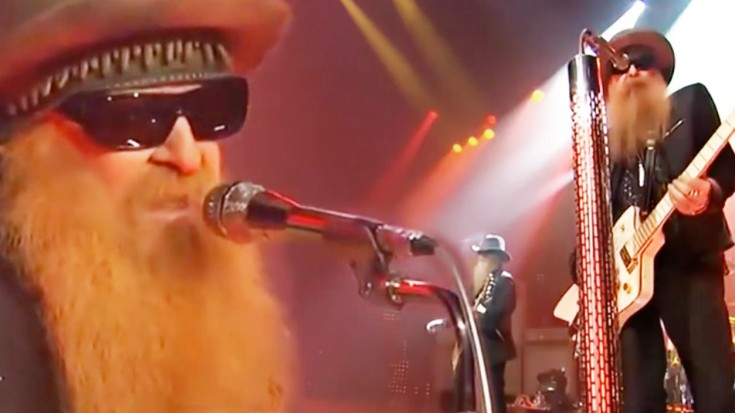 Although there is no one that can put the subtle seduction into “Foxy Lady” but Jimi Hendrix himself, if there ever was a band to cover the classic, it would be ZZ Top. As good friends that had a high mutual respect for each other, Billy Gibbons was quoted as Jimi Hendrix’s next favorite guitar player way back when on the Ed Sullivan Show.

Hendrix opened for The Monkees on their 1967 tour. When he played this, the young girls who came for The Monkees and had no interest in Hendrix shouted “Davy!” when Hendrix sang “Lady,” resulting in “Foxy Davy,” and turning it into a tribute to their idol, Monkees lead singer Davy Jones.

From debut album Are You Experienced, “Foxy Lady” was released as the third single that reached #153 on Rolling Stone’s “500 Greatest Songs of All Time” and became one of Jimi’s most famous songs. Performing the classic back in 2013, Billy reminisces on his relationship with his fallen friend as he proceeds to do the rocker justice with the epic cover.

With Billy’s signature sultry, deep southern vocals,“Foxy Lady” was practically made for his oral texture, with background “foxy…” whispers by the great Dusty Hill- this has to be one of the greatest ZZ Top live performances ever.