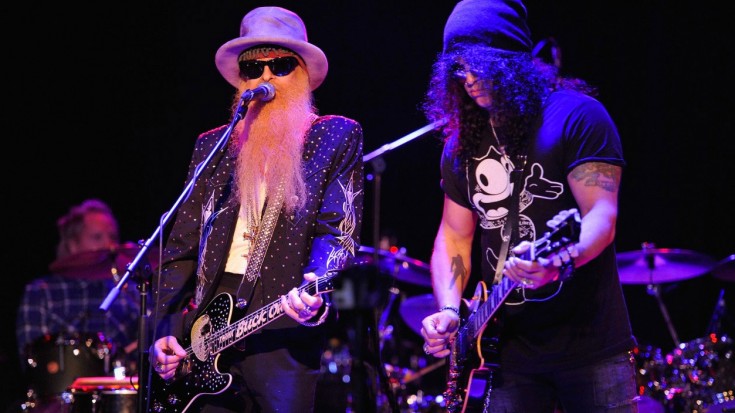 Maybe it’s the hat and dark, mysterious sunglasses he never seems to be without, or maybe it’s just his brash and bluesy approach to guitar playing – but Slash really looks and sounds amazing up there with ZZ Top! All kidding aside, this is one of our favorite collaborations featuring the Houston based rock trio, and for good reason: it absolutely rocks. Joined by Guns N’ Roses guitarist Slash, ZZ Top’s 1973 classic “La Grange” turns into a real barnburner of a party, complete with blistering solos traded back and forth between Billy Gibbons and Slash, who knows just the amount of force to apply and when to pull back and let ZZ Top take the lead, never once undercutting the band who helped shape his sound.

In fact, the chemistry between Billy and Slash is so captivating that you don’t realize that “La Grange” actually features a drummer and a bass player until the last note rings out! All in all, this performance makes for some seriously great entertainment – and the two minute solo kicking off at 1:19 is one you don’t want to miss. Check it out in the footage below!