You’ve Never Heard “Highway To Hell” Played Quite Like This Before! 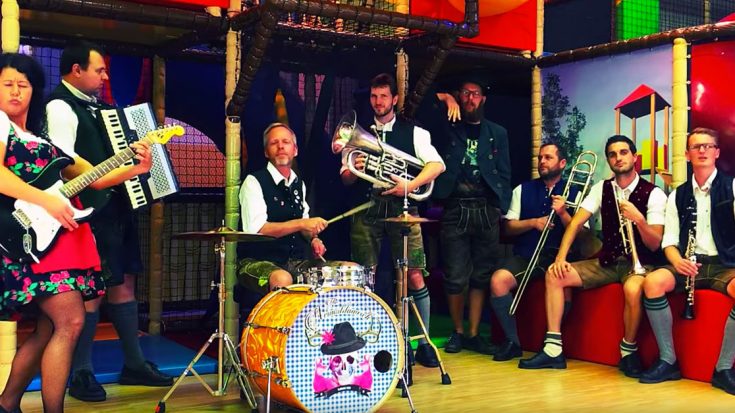 We thought we’d heard every incarnation of AC/DC’s “Highway To Hell,” including our favorite cover version that included the adorable old woman spotted getting down to the 1979 hard rock classic in Scotland. Today we were proved wrong as a video of a German polka band – yes, you read that correctly, stay with me here – called The Heimatdasich surfaced this morning featuring the 8 piece band jamming to “Highway To Hell” in a way we guarantee you’ve never heard before.

Fun Fact: “Highway To Hell” comes from AC/DC’s grueling tour schedule that prompted Angus Young to refer to them constantly being on a highway to hell.

At first listen, it sounds much like the song you remember – their guitarist opens up with a heavy lead guitar intro before the group’s singer begins to sing the first verse, leaving you wondering just how and where the hell they’re going to incorporate that polka sound. You don’t have to wait long, though – right around 50 seconds in is when the party really gets started and boy, do things get interesting from there! Don’t take our word for it, though; check out The Heimatdamisch performing a German polka take on “Highway To Hell” in the video below and as always, let us know what you think!