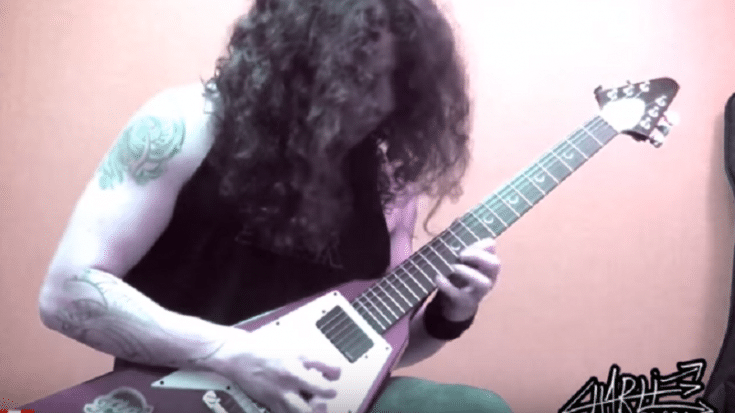 We’re Putting This On Repeat!

If you’re not a huge fan of traditional Christmas songs and prefer something with a bit of an edge, then this is for you. And so who would have thought “Santa Claus Is Coming To Town” would sound this heavy and badass? This guy’s talent is definitely no joke because this song rocked hard! We’ll never listen to the original version the same way again.

“When I was a little kid, I used to be kinda scared of Christmas songs in 4 bit. I had several requests on making a Christmas metal song, but I’m making 2 instead.” – Charlie Parra del Riego

This changes the whole “must start playing Christmas songs the moment Halloween ends” game. Your neighbors will thank you for this… or maybe not! Either way, it’s a must-have on every holiday playlist because admit it, you’ve been waiting for something like this in forever.

Charlie Parra del Riego is a 33-year old guitarist from Lima, Peru. At a young age, his school therapist advised his parents to let him learn a musical instrument so he could focus his energy. This is what made him pick up a guitar. His playing has been influenced by several other rock legends like Slash, Kirk Hammett, Marty Friedman, Randy Rhoads, Eddie Van Halen, Dimebag Darrell and Johnny Ramone to name a few.

“As much as I liked Grunge and New Metal, my love for the guitar made me do some research about the decade when I was born. I would always see Mick Mars guitars, Eddie Ojeda and specially Eddie Van Halen. It was impossible not to run into Eddie Van Halen’s guitar if you were a hardcore fan of rock and metal during the 80’s.” – Charlie Parra del Riego

He’s been part of a few bands and also pursued a successful solo career. This is one talented dude!