Your Jaw Will Drop When You See The Memorial David Bowie’s Hometown Will Erect In His Honor! 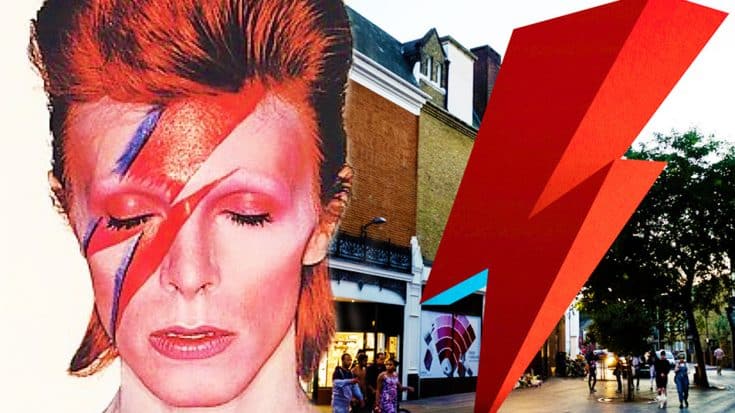 A tribute fit for a king

When David Bowie passed away in January of last year, people mourned for days. Many are still trying to get over the loss even to this day, because on top of being an incredible musician, Bowie was so kind and humble.

The world has been remembering the legacy of Bowie, and now his hometown of Brixton has plans for the ultimate tribute for the “Star man.” Brixton plans to erect a 30-foot lightning bolt monument that will be dubbed “Ziggy Zag” and will sit across from the town’s public transit system. If all goes as planned, this would be the first thing people would see when entering the city! Talk about leaving a mark and an awesome tribute.

According to the crowdfunding campaign page, “Unexplained yet utterly familiar; a poignant reminder that life does exist beyond the everyday. That music and art and curiosity are vital, positive contributors to our collective existence.”

The organizers are hoping to raise $1.2 million dollars for the project over the next month.

You can see the initial design renderings for the project down below. We think it would look pretty badass and is the perfect way to pay homage to the legend! Hopefully this all works out and comes to fruition!