Young Woman Serenades Us All With This Magical Cover Of Fleetwood Mac’s “Seven Wonders!” 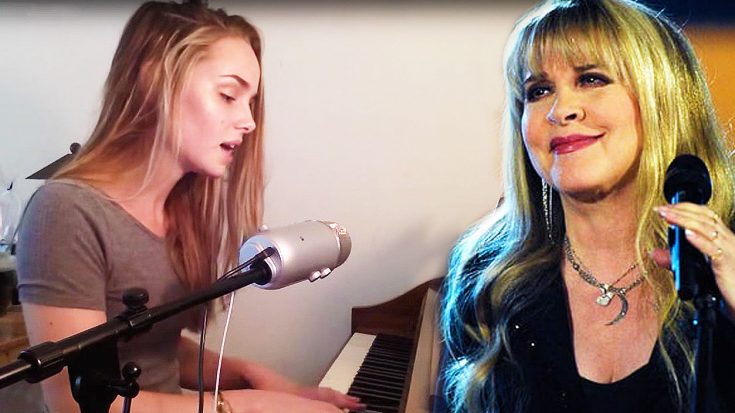 We may have just found the eighth wonder!

Originally released in 1987, Fleetwood Mac’s “Seven Wonders” was the band’s second single off of their album Tango in the Night. The song really brings out Stevie Nicks’ voice as she sings about living long enough to see the seven wonders. It’s possibly one of her best vocal performances, making the song very difficult to cover.

20-year old Alice Kristiansen has made a name for herself on YouTube covering some of our favorite classics. This time around, she took on Fleetwood Mac’s “Seven Wonders,” and made Stevie Nicks proud! Alice’s voice is beautiful, and fits this song perfectly. Her harmony is wonderful, and we love the originality! She stripped the song down to just a piano and vocal track and nailed it!

Fun fact:The song is about a moment that is so special, nothing will ever approach its beauty. Stevie Nicks sings that even if she gets to see the seven wonders of the world, it won’t match this moment.

You should definitely check out Alice’s channel down below! She has a wonderful voice and her covers are insane! She covers all genres too, so there’s something for everyone on her channel! Great job, Alice!