You’re Sitting In A Cafe, Then Steven Tyler Unexpectedly Jumps On The Piano And Then… Well… 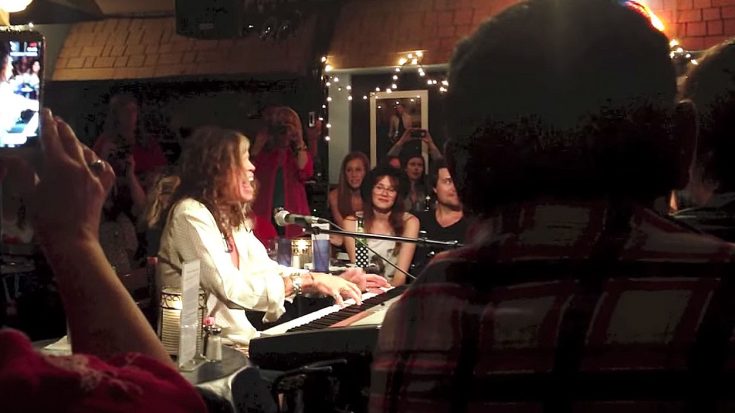 These Are The Luckiest Cafe Goers In The World!

Steven Tyler of Aerosmith is truly one of the most beloved rockstars in the world. He legendary singing, songwriting, and performing have made him into a global icon. To put it simply, he is one of the best carbon-based lifeforms on earth. Steven Tyler is also beloved for his openness to his fans.

It doesn’t matter the time or place, come hell or high water, he’ll be there for his fans, whether it’s signing autographs, singing for them/with them, or just being a good listener, he’s your guy. One such September night in Nashville, Tennessee in 2013 at the Bluebird Cafe, this was ever so apparent in the best way possible!

What you’re about to watch is a video in which a cafe full of spectators gathers around Steven Tyler and his keyboard for a surprise performance of the iconic smash hit Dream On. This is simply one of the best things on the internet. Don’t believe me? See for yourself!