Young Rocker Masterfully Plays Every Instrument On This Amazing Cover Of The Monkees “Mary, Mary”! 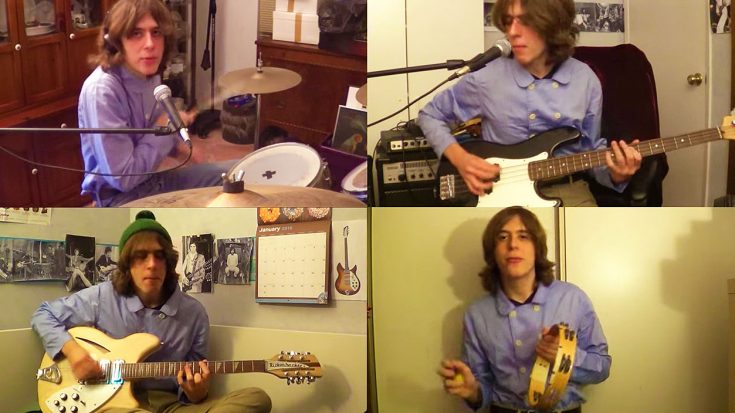 He put on a masterclass!

The talent in music just keeping better and better. It’s hard enough to master one instrument, but there are people out there who have the insane talent of mastering multiple instruments. Take for example this fantastic young rocker!

YouTube user Classic Rock Kid covered every single instrument on The Monkees “Mary, Mary,” and was incredibly amazing! CRK plays the guitar, bass, drums, tambourine and even sings along to this classic tune pretty much perfectly! Not only that, he looks like a rocker from the 60’s from the way he is dressed and how long his hair is!

Fun Fact: Michael Nesmith wrote this song before he joined The Monkees. It was first recorded by The Paul Butterfield Blues Band on their East-West album on Elektra in 1966. In Glenn Baker’s Monkeemania book, it states that the president of Elektra actually caught some flap once the Monkees’ version came out because people couldn’t believe that a Monkee actually wrote it.

Check out this kid’s amazing cover down below, and also be sure to give his YouTube channel a look! He’s a truly amazing talent!