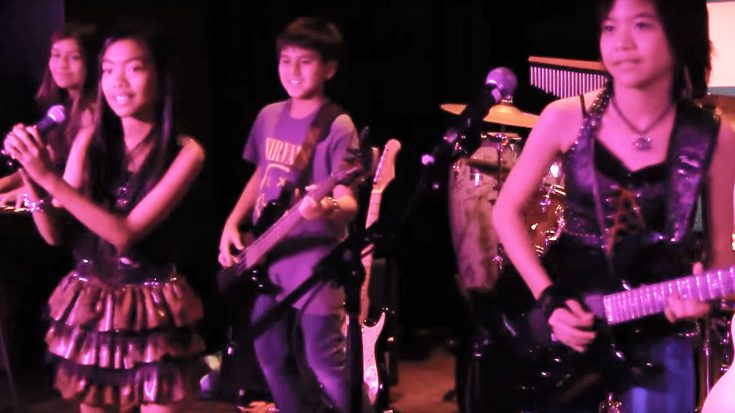 These kids are ridiculous!

One of the most famous classic rock songs of all-time is Guns N’ Roses’ “Sweet Child O’ Mine.” The song was the first single off of the band’s first album Appetite For Destruction in 1988, and is immediately identifiable by its iconic opening riff.

Over the years, we’ve seen a countless number of bands cover this historic song. People of all ages are inspired by it, and this video proves no different. The young rock band Chaotic Five covered this historic tune at a bar called the Surfer and absolutley crushed it! The young rockers showed everyone in the house how it should be done! Excellent instrumentation, amazing vocals, great stage presence and plenty of energy! These kids truly are the future of rock n’ roll and it should be known!

Fun Fact:The lyrics came from a poem Axl Rose was working on. He wrote the song about his girlfriend, Erin Everly, who is the daughter of Don Everly of the Everly Brothers. They married in 1990 but divorced a month later.

Check out the insane cover down below, and let us know what you think!