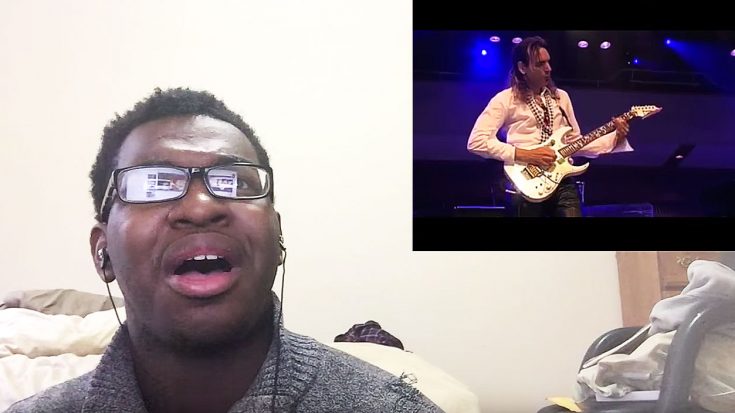 This Guy Entire Life Has Been Changed By One Solo!

To nearly have a heart attack while Steve Vai play guitar is actually a pretty common thing. The man is truly one of the greatest guitarists that has ever taken to the stage. Even to this day he is regarded as one of the most influential musicians that several aspiring guitarists look up to as their main source of inspiration. So again, it’s not uncommon that you would be paralyzed in amazement while watching Steve Vai. Then again, the way that this young man does it is just too funny!

What you’re about to watch is a video in which a young man who goes by WeabooReacts sits in front of a camera and films himself reacting to Steve Vai’s live performance of For The Love Of God. I’ll say it again, it’s normal to react this way to Steve Vai, but this is just hilarious. Don’t believe me? See for yourself!