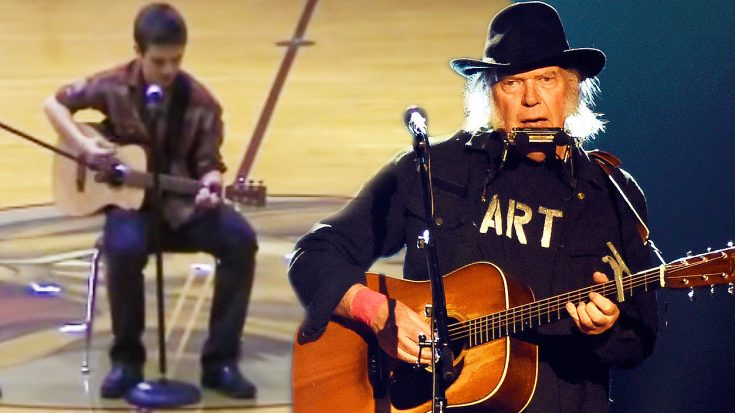 One of Neil Young’s most iconic tunes, is his 1972 classic “Old Man.” Arguably his most popular song, many people over the years have tried covering this classic. It’s a very difficult song to cover, and few can actually pull it off. This cover that we’ve found, is arguably the best one we’ve ever seen.

YouTube user TheSheep00 covered this song at his school talent show, and left the crowd speechless! His performance was spot on, and his voice sounds exactly like a young Neil Young (no pun intended). What makes this performance impressive, is that it’s just him, a guitar and a microphone. It’s very raw and candid, and everyone in the audience is incredibly impressed.

Fun Fact: Young wrote this about the caretaker of the ranch he bought in 1970. The song compares a young man’s life to an old man’s and shows that the old man was once like this young man.

Check out this kid’s amazing cover down below, and let us know what you think!