Young Girl’s Masterful Cover of ‘Fool In The Rain’ Would Make John Bonham Smile From Ear to Ear! 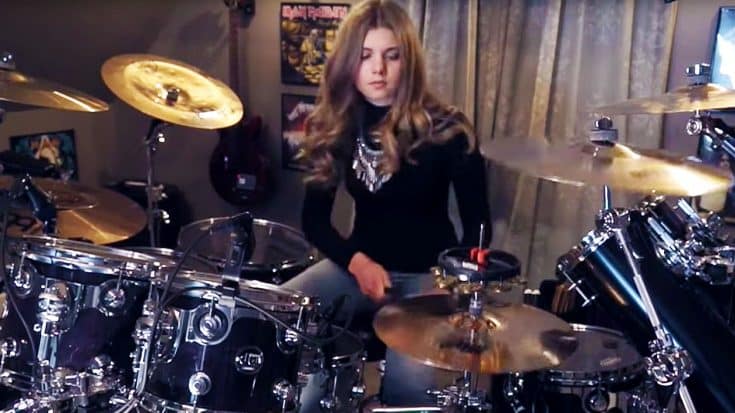 Everyone knows that John Bonham was arguably the greatest drummer of all time. If you made a list of the top 3 drummers in history, it would probably consist of Bonham, Neil Peart and Keith Moon, with the order depending on personal opinion and preference.

Bonham’s playing style is incredibly difficult to emulate, because he was so on point with his timing. However, YouTube drumming sensation Brooke C made one of Bonham’s most complex songs look like a cake walk. Brooke covered the incredibly difficult “Fool In The Rain,” off of Zeppelin’s In Through the Our Door album. Although Brooke’s cover is solely drums, he timing and technique is impeccable. The beat Bonham plays on this song is called a “half time shuffle,” and it’s very difficult to learn, because every aspect of the beat is based off of timing, and dynamics.

Fun Fact: Jimmy Page got the idea for the Samba beat from watching the World Cup soccer tournament in 1978. Argentina was the host country, and he heard a lot of Samba rhythms while watching.