Young Girl Is Filmed Playing “Stairway To Heaven”, But When She Starts Soloing Is What You Gotta See! 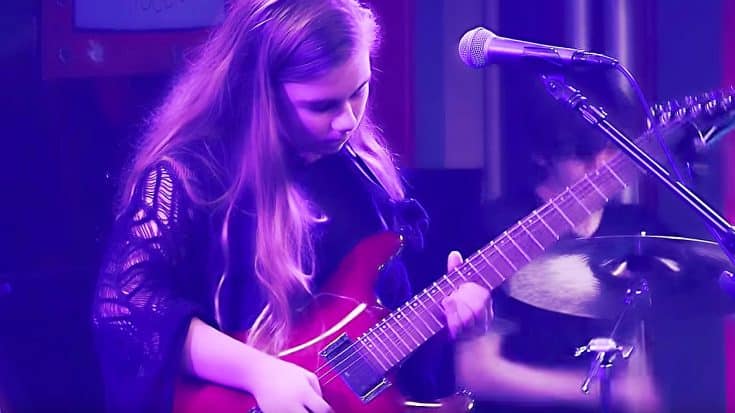 There’s really nothing like Jimmy Page’s guitar work, is there? He and his iconic band Led Zeppelin truly some of the most important figures in all of rock and roll. They are regarded as some of the most influential and iconic musicians to ever take to the stage. Their music is timeless and they’ll live forever in our hearts. They’re some of the best, pure and simple.

Going back to Jimmy Page’s guitar work. Many of the world’s greatest guitarists have revered Jimmy Page as their ultimate influence. Not surprising, still, it takes a truly amazing musician to have such an impact on the world of music. And that impact is shown heavily here.

What you’re about to watch is a video in which a young girl takes to the stage to play Led Zeppelin’s iconic song Stairway To Heaven. Only when she get’s to the guitar solo, minds are blown! Don’t believe me? See for yourself!