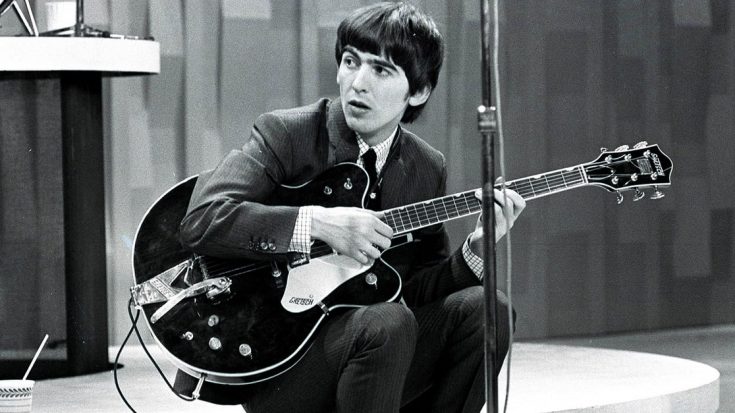 Here Comes The Sun As You’ve Never Heard It Before

We said goodbye to The Beatles nearly half a century ago and yet well into the 21st century we’re still stumbling across treasures that never made it out of the vaults; half finished and unreleased songs, verses and lost instrumentation that for one reason or another simply didn’t fit with The Beatles’ master plan.

At first listen, George Harrison’s sunny Abbey Road contribution “Here Comes The Sun” sounds like a whole song, warm and bright and full – but in 2012, his son Dhani came across a master copy of the 1969 classic during a routine studio session with late Beatles producer George Martin that not even he’d heard before, featuring 1 key ingredient that left them scratching their heads in confusion as to why it was never added: a guitar solo.

Fun Fact: “Here Comes The Sun” was written at the country house of his friend Eric Clapton, where George hid to avoid a corporate Beatles meeting that day.

Starting at 1:01, a sharp little guitar lick cuts through the string arrangement section, simple yet dominating with its Eastern influences and still managing to be the right amount of salt to the overall sweetness of “Here Comes The Sun”.

Judging by Martin’s reaction, George Harrison’s ‘lost’ guitar solo came as a surprise to him as well and seems to leave him wondering what the rest of us are: why on earth wasn’t this included in the final mix? While the solo has yet to show up on any post-Beatles breakup releases and anthologies, we’re extremely grateful to Dhani Harrison for uncovering this gem while taking on the task of preserving his father’s musical legacy!