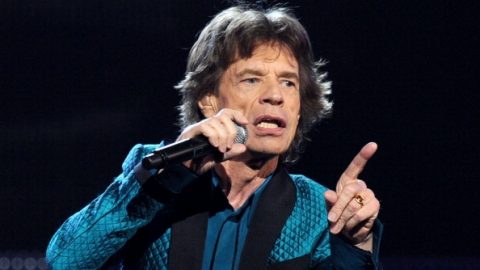 Back in 1969, The Rolling Stones released Let It Bleed. The album’s opening track “Gimme Shelter” has become one of the group’s most popular, and most intriguing songs to date. The song was written about the violence of the Vietnam War, with the title refereeing to everyone wanting shelter from all of the terrible stuff going on in the world. Around the same time, other significant tragedies happened like the Tet Offensive, and MLK’s and JFK’s assassinations.  What’s really haunting about the song though, is the background vocals.

Clayton’s story behind her involvement with the song is extremely interesting. Clayton was pregnant at the time and was lying in bed late at night, when she got a call from her agent, asking if she would head down to the studio and record for this band from England. Clayton had no idea who the Stones were, but immediately went down to the studio, curlers in her hair and all, and recorded the haunting verses. She was in the later stages of her pregnancy too, so she got exhausted standing while she recorded and was forced to sit on a stool. Fun fact: Clayton also sang on Lynyrd Skynyrd’s “Sweet Home Alabama.”

It’s pretty fascinating to hear these types of stories! Now that you have that knowledge, enjoy the song down below!