Yngwie Malmsteen Solo- This Is Insanity 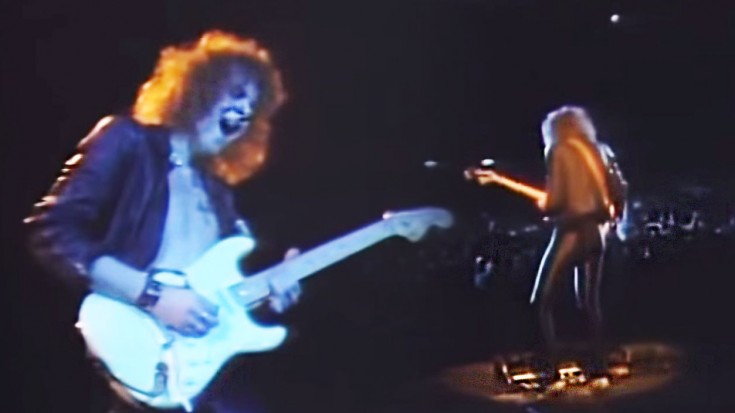 It’s really not fair how Yngwie is able to do this. Most of us could practice until the end of time, and still not come close. Probably one of the most technical metal guitarists to ever live, wows us yet again in this solo captured from back in the day. The clip starts of with some insane sweeps, noodling, and just pure madness.

He knows he’s a boss and you can just tell by the way he confidently bobs his head, back and forth, almost in a trance.

He’s got an entire audience mesmerized, stunned, and in awe as he becomes one with the guitar. His fingers move so fast, they look like a blur. Let’s not forget that hair. It probably has the powers that allow all of this. Let’s be honest here.

Just wondering what kind of exercises those fingers go through on a daily basis. I bet each finger could curl more than I can lift with both hands…

Or it could just be thousands of hours, and years upon years of intense practice sessions and some schooling. Who knows. All we know is, many parts in this solo will have you making that “HOW?” face.