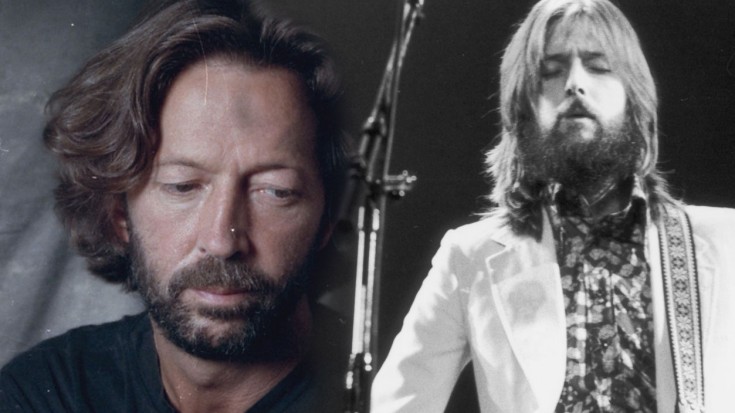 Picture yourself in a dark, empty apartment only accompanied by feelings of loneliness and despair. What are you thinking? What are you feeling? This emotion you may be trying to mentally ponder or channel was well executed in the lyrics and soul of White Room, by the Cream.

Most people do not know the origin of the lyrics in this song but, they were actually constructed by poet Pete Brown, who was close, personal friends with bass player of Cream, Jack Bruce. Just barely brushing the surface of depression, the lyrics in this haunting performance are solely based on depressive thoughts and feelings stemming from total aloneness.

“Wait in this place where the shadows run from themselves. You said no strings could secure you at the station. Platform ticket, restless diesels, goodbye windows.”

What You Didn’t Know Separated Cream

Unfortunately for the world, the band was dismembered by Clapton before the actual release of this single in September of 1968. After an awful review on Cream in Rolling Stone, claiming that the song was a rip off of “Tales of Brave Ulysses”, Clapton decided to end the band’s career agreeing that they were mundane and repetitive . However, they were able to share it with fans during a few concerts before the break up was finalized and the band has since played only just three times together.

Before even realizing that this was their last performance together, you can feel and sense the band’s history and legend in the body language. Emotion, sadness, closure, happiness, this video has everything that Cream represented in just six minutes. Enjoy this last hoorah with us as we say goodbye to the legends of Cream.

In the white room with black curtains near the station.
Black-roof country, no gold pavements, tired starlings.
Silver horses run down moonbeams in your dark eyes.
Dawn-light smiles on you leaving, my contentment.

You said no strings could secure you at the station.
Platform ticket, restless diesels, goodbye windows.
I walked into such a sad time at the station.
As I walked out, felt my own need just beginning.

I’ll wait in the queue when the trains come back;
Lie with you where the shadows run from themselves.

At the party she was kindness in the hard crowd.
Consolation for the old wound now forgotten.
Yellow tigers crouched in jungles in her dark eyes.
She’s just dressing, goodbye windows, tired starlings.

I’ll sleep in this place with the lonely crowd;
Lie in the dark where the shadows run from themselves.