Yes, Stevie Nicks Has Heard About This Clown Craze… So She Sang A Song About It 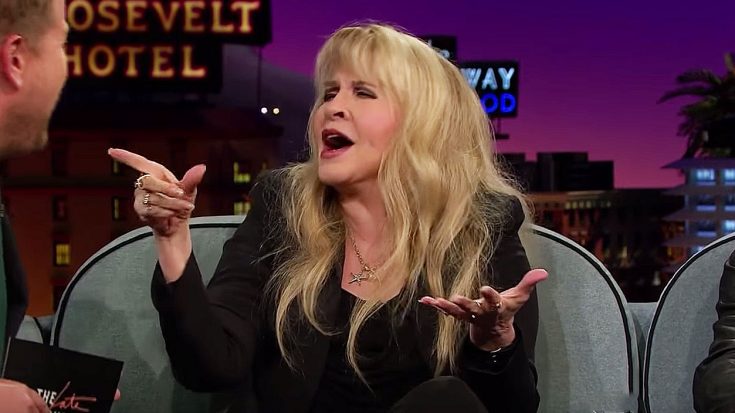 Stevie Nicks Makes The Best Out Of A Scary Situation

The rock Goddess herself, Stevie Nicks is aware of this dumb clown craze, and like most of us, she is thoroughly unimpressed. In fact, her exact words were “Eh, I only found out about it two days ago, whatever”. Well, okay. Maybe they weren’t her EXACT words, but basically the same thing. When Stevie Nicks was featured on The Late Late Show With James Corden, she was asked about this whole new clown craze. Like I said, she was unimpressed, but what she does next is amazing!

What you’re about to watch is a snippet from this late night show where Stevie Nicks is a guest alongside Taylor Lautner and Zach Galifianakis. All three are asked about the recent clown craze and all three gave their perspective, but what made Stevie’s stand out it the fact that she straight up improvised a song about it. See for yourself!