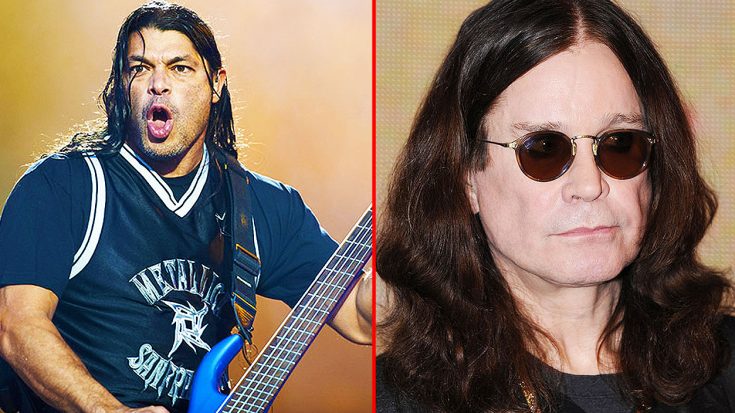 When you’re a young, and up and coming musician, the last thing you want to do is piss off somebody who could potentially help you break onto the scene. Metallica recently made a stop by The Tonight Show With Jimmy Fallon to perform their newest single “Moth Into Flame.” In addition to their performance, the band also sat down to share their most interesting tales from touring! They all shared some pretty funny, crazy and awkward stories, but bassist Robert Trujillo definitely had the most memorable story of all.

Before he joined Metallica, Trujillo played for a band called Infectious Grooves. The band was on tour with Ozzy in 1991, and during a concert, Trujillo almost shut down Ozzy’s entire set with a costly mistake. He was backstage and tripped over a pile of wires, unplugging them and thus shutting down the power while Ozzy was on stage! He claims he immediately tried to run away, but the tour manager eventually caught him. Luckily, Ozzy thought the power just went out on its own, and Trujillo got away with what could have been a disaster!

It’s a pretty tough mistake to live down, but luckily Ozzy never heard about the accident, and Trujillo was never disciplined for the fault. After that, he claims he remained extra careful backstage, and made sure he was always away from the wires to the control box! We don’t blame him!

Watch Trujillo tell the story down below, and you can also hear what the other band members had to share!