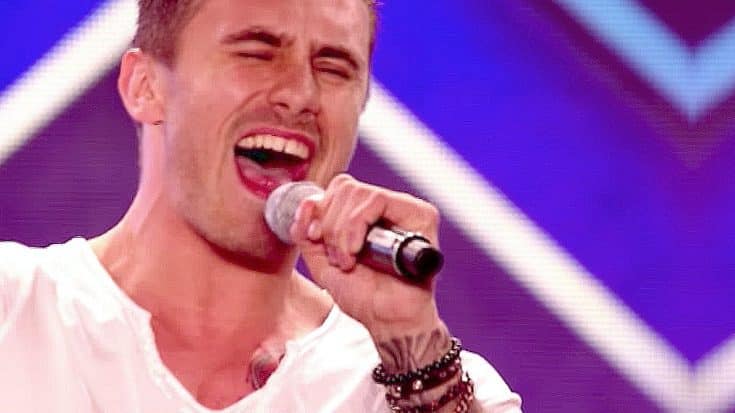 Got A Whole Lotta Love For This Guy

At age 28, Joseph Whelan, a singer from the UK stood up on the X Factor stage and stole the show.

The women in the audience could not control themselves when they saw Joseph with his fitted, ripped shirt and array of tattoos, so much so that the judge, Mel, could barely get a word in edgewise.

The sweet father opened his mouth and we swear that we heard Robert Plant himself, lead singer of Led Zeppelin.

As you know this is not an easy song to sing, let alone execute, so we could not believe what we were hearing. He claimed to have been in various bands for the past 10 years, however, he really wanted to make it big on his own.

Well, in our opinion, he did. Not only did he charm us with his wholesome and humble demeanor but this rip of Led Zeppelin’s “Whole Lotta Love” in this video will leave you speechless, just as it left us.