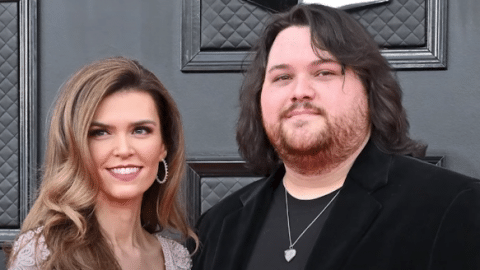 Many people rejoiced as Wolfgang Van Halen and his fiancée Andraia Allsop newly revealed their engagement to the public.

The Mammoth WVH leader and son of Eddie Van Halen and Valerie Bertinelli posted about the wonderful announcement through his social media with pictures of Allsop posing with Van Halen and proudly showing off the new ring on her finger.

With the caption “She said yes!!” on Wolfgang’s instagram post shared with his fans, many delivered celebratory messages and congratulated the happy couple especially the ones from his musical peers. Sevendust’s Morgan Rose and Clint Lowery, Volbeat’s Rob Caggiano, Halestorm’s Joe Hottinger, Arch Enemy’s Jeff Loomis, Cradle of Filth’s Richard Shaw, Periphery’s Mark Holcomb were among the ones who left some comments on his post.

Earlier this year, the couple was seen together attending the red carpet at the Grammy Awards as Wolfgang’s Mammoth WVH were nominated for Best Rock Song at the ceremony for “Distance.”

The couple started dating way back in 2015. Van Halen chose the path of music, while Allsop is working as a software engineer. Fun fact about them is that they have their birthdays one day apart, with Allsop being born on March 15 and Van Halen on March 16.