Without Lynyrd Skynyrd, This Popular 90s Rock Anthem Wouldn’t Exist – Now We Love It Even More 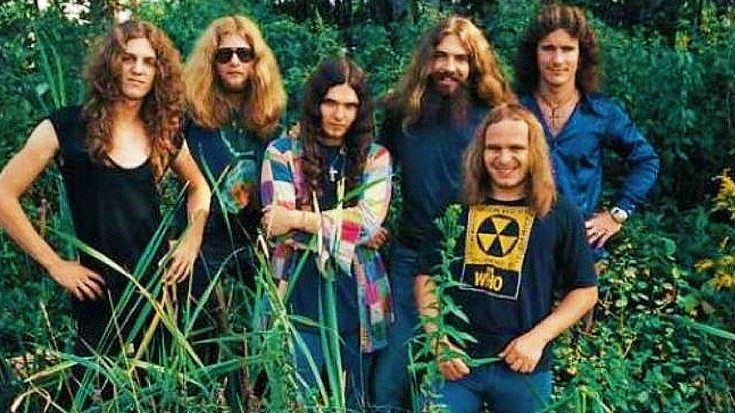 No matter where you go in the rock and roll spectrum, all roads inevitably lead to Lynyrd Skynyrd – a band as fiercely respected for their ability to get to the heart of the human condition in the form of honest lyrics wrapped around soaring melodies as they are for their innovative approach to everything from guitar playing to crafting the perfect rhythm section, their influence is felt in every facet of modern rock music. In fact, Lynyrd Skynyrd played a huge role in the success of another iconic band as they made their rise to fame; Los Angeles rockers Guns N’Roses, who thanks to these Jacksonville natives, achieved critical acclaim with their smash hit “Sweet Child O’ Mine” from 1987’s Appetite For Destruction – but how?

According to Guns N’ Roses frontman Axl Rose, “Sweet Child O’ Mine” was directly inspired by Lynyrd Skynyrd; when crafting the song’s nostalgic, strangely romantic feel, Axl turned to Jacksonville’s finest for a lesson in how to write straight from the heart and make it mean not just something, but everything:

“For ‘Sweet Child’… I went out and got some old Skynyrd tapes to make sure that we’d got that heartfelt feeling,” reveals Rose.

We’ve been fans of Lynyrd Skynyrd for decades, and we’re always amazed at how far their influence stretches! Always setting the bar high for themselves and for future generations of bands with each album and each performance, the way that Skynyrd has shaped the way rock music is made is possibly one of the greatest parts of the legacy they forged on that baseball diamond a lifetime ago. Whether Ronnie Van Zant would have liked Guns N’Roses, we’ll never know – but somehow, we think he’d be mighty pleased to know that the legacy he helped build is positively impacting the music world and inspiring artists to stretch themselves to achieve something great!