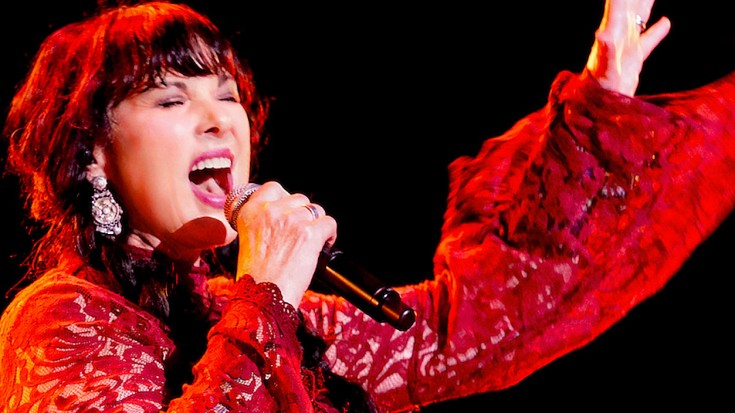 Heart’s Ann Wilson has one of the biggest and most unique voices in rock and roll – which is why she’s absolutely perfect when it comes to taking on the monumental task of covering Led Zeppelin! In 2012 we saw her bring Robert Plant to tears when she performed “Stairway To Heaven” at the Kennedy Center Honors, but this lifelong Zeppelin fan has been incorporating their music into Heart’s setlists for decades, even covering “Rock And Roll” in 1982 during the band’s appearance at Concert For The Americas.

As far as performances go, the one you’re about to see is nearly 5 minutes of a high octane, rollicking good time as Ann commands the stage with a kind of energy you don’t see in performers anymore – all fire and grit, her electrifying presence alone gets the crowd on their feet and dancing and her own bandmates jumping and rolling around onstage and it’s nearly impossible to take your eyes off of her, even for a moment.

In the end, Ann and her bandmates really leave it all on the stage, making us wonder not for the first time what a Led Zeppelin/Heart collaboration might have sounded like – though, something tells us that the combination of Ann Wilson and Robert Plant onstage may have literally caused the universe to implode from the sheer amount of energy thrown back and forth on that stage!