With His Guitar In Hand, Steve Vai Steps Off Stage And Does The Unthinkable! 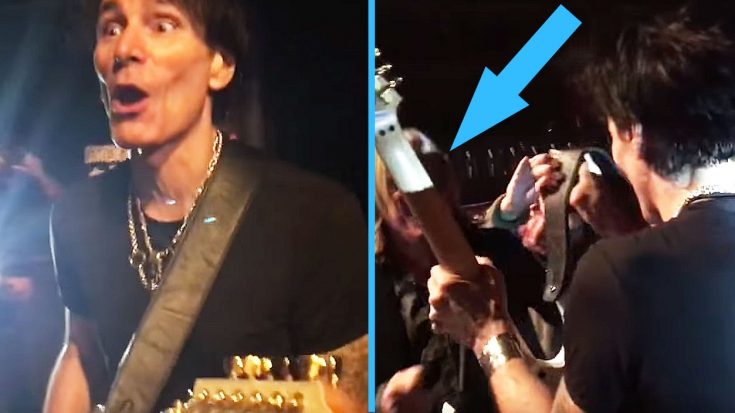 No One Saw This Coming!

There’s really not a whole lot I have to say to convince you that Steve Vai is one of the (if not THE) greatest guitarists in the world. He is often revered as one of the most timeless and influential musicians even today. He has a style and sound that is often imitated, but never duplicated. He is one of the best, pure and simple. Steve Vai is always trying news things on stage and consistently outdoing himself. Everything Steve Vai does is fresh and new. Case in point, what he does in this video…

What you’re about to watch is a video in which Steve Vai is on stage performing, but then he steps off stage to do something that no one in the crowd expected. To put it simply, Steve Vai does what he does best, he astounds and amazes his audience. Don’t believe me? See for yourself!