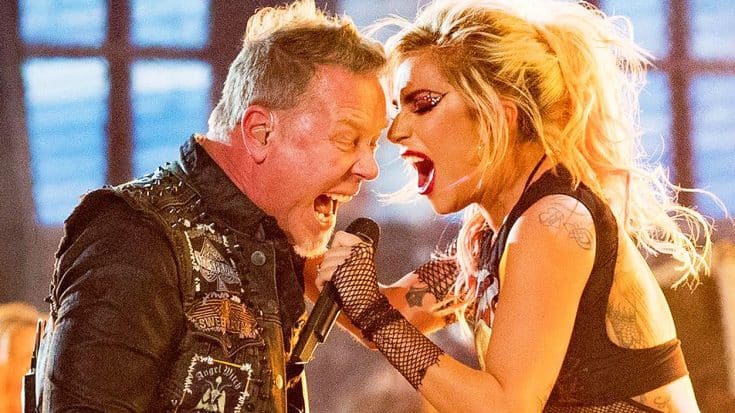 Image via The Inquisitr

Would you still like to see this in the future?

One of the biggest headlines from the 2017 GRAMMY Awards Ceremony, was the collaborative performance of Metallica and Lady Gaga. The reaction to the performance was mixed. Some people loved it and were begging for a future collaboration between the two, and others absolutley hated it.

“No, but even just talking with her, being around her, her energy was very, very exciting. She has lots of ideas, and she likes to push the boundaries like we do. So it was a good fit. When we were asked to play the Grammys, we said, ‘Of course,’ we said yes. But they need you to collaborate with somebody; they want to make it interesting. So I’m glad she was available to do it. She has a lot of integrity as an artist, [and she’s] very creative.“- Hetfield said.

So although we may never hear them collaborate again, at least James can say that although he was frustrated with the microphone during the performance, he was appreciative of the time with Lady Gaga.

You can relive the performance down below!