Wilko Johnson, Guitarist and Singer For Dr. Feelgood Passed Away At 75 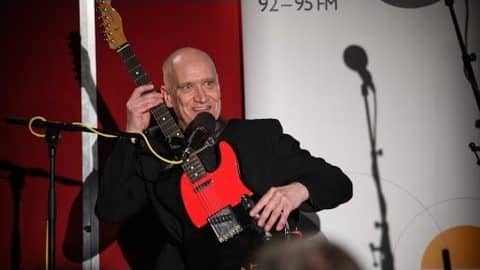 The Dr. Feelgood guitarist and singer, Wilko Johnson, died at the age of 75.

The death of the musician was confirmed in a statement posted to his social media accounts and it reads:

“This is the announcement we never wanted to make, and we do so, on behalf of Wilko’s family and the band, with a very heavy heart.

“Thank you for respecting Wilko’s family’s privacy at this very sad time, and thank you all for having been such a tremendous support throughout Wilko’s incredible life.”

Johnson was known for joining the Dr. Feelgood or the Pigboy Charlie band in its early days. He also performed and created music with other bands including Solid Senders, Ian Dury’s Blockheads, and the Wilko Johnson Band. Aside from that, he also tried acting apart from music. He appeared in the first and second seasons of Game of Thrones.

He was diagnosed with terminal pancreatic cancer in 2013 but opt not to choose to do chemotherapy. He revealed that he only has roughly 10 months to live and decided to do his “farewell tour” that same year. Fortunately, Johnson was still able to perform and record music until 2015. He said in a statement:

“I didn’t plan to feel that way about death. That’s the way it got me. One of the ways I dealt with it was to absolutely accept it, and think, ‘Right, they’ve told me this thing is inoperable – if I’ve got 10 months to live, I just want to do it, I don’t want to spend 10 months running around after second opinions or false hopes.’ In a way, it was a kind of comfort zone, accepting that I was going to die and all the questions of mortality had been sorted out for me. I dunno, if that communicated something positive for people, that’s marvelous, but I didn’t intend to.”

Early this year, he also talked about how his outlook on life and how it has changed since his recovery. He added:

“Back then I would sometimes sit alone by myself and get these moments of profound thoughts.

“You think about things, and they really are deep and fundamental thoughts. God knows what those thoughts were now, but I know they were deep! Now I’m back to a different consciousness – I’m back in the world again.”

Johnson continued performing until his death. When fans heard the news, they paid tribute by sharing some clips from his most recent and would be his last show.