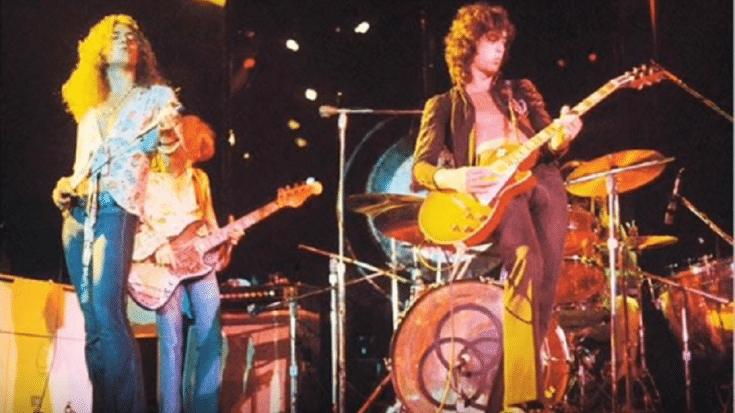 The Pioneers of Hard Rock and Heavy Metal

Led Zeppelin’s legacy and influence encompass the rock ‘n roll genre. They pushed the limits, challenged ideals, and pulled out all the stops when it came to making music. They were rooted in blues but unlike some of their contemporaries, they went in hard and heavy. More than the fusion of folk, psychedelia, soul, blues, and rock, they were also commercially successful.

They became household names and every rock-loving soul on the planet had at least one Led Zeppelin record. They were at the forefront in the development of heavy metal. It would take us all day long to list down their accolades and accomplishments but at the end of the day, only one thing matters – that they remain a prominent figure not just in rock but music in general. Here are the reasons why:

They Found Their Sound From The Get-Go

Led Zeppelin completed their debut album in just nine days. And it was one of the most stunning debuts of all time. From Jimmy Page’s aggressive guitar riffs and Robert Plant’s spine-chilling wails to John Paul Jones’ unforgettable bass lines and John Bonham’s mind-blowing drum fills, it was unlike anything ever heard at that point. Critics weren’t always kind to them but Led Zeppelin never catered to their whims. Those who didn’t hate them merely tolerated them.

Even the Rolling Stone magazine wasn’t too impressed with the band. Over the years, Led Zeppelin proved them wrong. The New York Times even wrote: “It would be hard to imagine a popular musical organization that is any more consistently ugly than Led Zeppelin.”

When they released Led Zeppelin II, they knocked The Beatles’ Abbey Road from the top spot – TWICE. For their first three albums, they achieved commercial success but also received mixed reviews. It wasn’t until their untitled fourth album that critics were basically left with no choice but to retract their statements that called Led Zeppelin ‘unoriginal’ or ‘lacking in creativity’. Because even their harshest critics couldn’t help but admit that the album was a tour de force.

Rock bands from the ’80s onwards were heavily influenced by Led Zeppelin. From Queen to Aerosmith, Led Zeppelin set the template in hard rock. And their reach branched out to folk, soul, punk, and psychedelia too.

The Members Are Four Virtuoso Musicians

Led Zeppelin changed the landscape of rock. It’s not because of sheer luck or perfect timing. It’s because they worked hard to get to the proverbial top. And every single member of the band is a virtuoso and displayed mastery of their craft. Each of them brought something different and exciting to the table. And this is perhaps the secret to their versatility as a group.

Led Zeppelin broke new grounds – they had power and finesse. They redefined the genre and decades past their heyday, their influence and cultural significance remain.