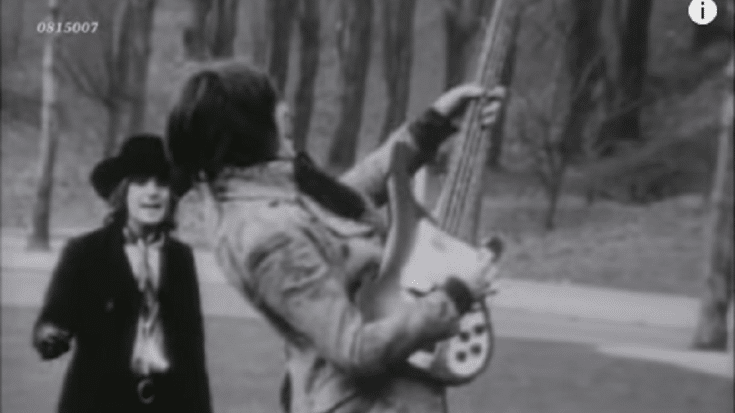 Syd Barrett, before his addiction and mental illness took over, was a musical genius. The 1967 single “See Emily Play” is just one proof of his stellar songwriting abilities. With a total of 15 albums, it’s relatively easy to overlook some of Pink Floyd’s gems.

“See Emily Play” is just as phenomenal as their other more famous songs and yet it remains under-appreciated. Although it was included in list of The Rock and Roll Hall of Fame’s 500 Songs that Shaped Rock and Roll, it didn’t chart in the US. In fact, after November 25, 1967, they no longer included it in their set list even if it was their second single.

Barrett claimed that Emily was the girl he saw in the woods after taking psychedelic drugs. But according to A Saucerful of Secrets: The Pink Floyd Odyssey author Nicholas Schaffner, the song was inspired by Emily Young – daughter of Wayland Young, 2nd Baron Kennet.

In an interview with Mojo, Emily Young revealed:

“On Friday night at the Saints Hall, the regular band was the Pink Floyd Sound. I was more into R&B, so their dreamy hippie thing wasn’t exactly my cup of tea, but it was interesting. And the light show was wonderful, and I liked to get stoned and dance. After playing, we’d sit around on grey sofas and pass around joints. I was quite pretty and word got out that I was a lord’s daughter, and apparently the guys in the band called me the ‘psychedelic schoolgirl.'”

See Emily Play is one example of Pink Floyd’s psychedelic sound and style before they decided to go beyond their psychedelic image and experiment more.

There were other speculations regarding the true identity of Emily but Barrett never confirmed anything. Then again, that is perhaps part of its allure – the mystery of Emily.