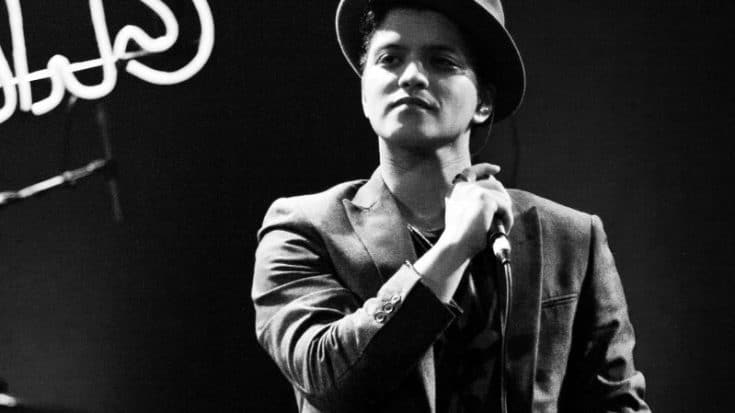 Bruno Mars is amazing, just the way he is.

Maybe you’ve heard his hits on the radio, or watched his Super Bowl Half Time performance, or seen news about this contemporary pop artist sweeping awards left and right. His music may confuse the random radio listener, asking “is this a new song? It sounds like a 60’s jukebox hit” or “I’ve heard this before back in the 80s.” Those are actually new original hits. The marriage of a variety of past and current musical styles is the genre of pop-superstar Bruno Mars. He lets his listeners go through a journey with R&B, Soul, Hip Hop, Reggae, and most notably Classic Rock. In only less than ten years, Bruno Mars has sold over 100 million albums worldwide. He’s already surpassed the great Classic Rock legends such as Bob Dylan, Prince, and David Bowie at the age of 31. With the new release of his third studio album “24K Magic”, it looks like he’s on his way to becoming an iconic legend himself, not just in album sales, but in pure musical talent.

He Sang Elvis Presley As a Kid

Mars started performing at the age of four when he asked his parents to be a part of their Motown and Elvis cover band in Waikiki, Hawaii. Mars grew up watching his family play shows every night at a local bar. Mastering the Elvis moves, even the twitching upper lip, he eventually became the highlight of the show, being the youngest Elvis impersonator in town.

He Covers Classic Rock In His Shows!

Mars’ vast musicality was developed doing covers of great artists for a living. He says, “You know why I like the covers so much? I don’t know if you guys know this, but that’s how I started. For $100, you can get me to sing at your bar, your pub—for four hours.”  His experience with doing covers and impersonations combined with his innate musical talent and creativity, led him to master mashing-up all genres into one sonic old-school-meets-contemporary sound while still maintaining his love for his musical influences.

It’s in these covers that his talent for playing multiple instruments is highlighted. Whether it’s smashing a face melting Jimi Hendrix or Led Zeppelin guitar solo, or killing it on the drums opening his Super Bowl half time show with Red Hot Chili Peppers, Bruno Mars’ musical genius is undeniable.

They say that funk is dead, if not dying – drowned out by the electronic auto-tuned pop music that contemporary radio plays today. That slap bass groove and the danceable mix of soul, jazz, and rhythm & blues makes us miss the good ol’ days of funk. But thanks to the titanium throwback style of Bruno Mars, he’s able to bring funk back to life and into the mainstream. With his new hits such as “Uptown Funk” and “24K Magic”, he perfectly puts a fresh spin to what used to be perceived as outdated or even cheesy. Now funk is cool again. Bruno Mars has successfully forged the future of a new musical era by looking back to the past.