Why AC/DC Needs To Just Hurry Up And RETIRE! 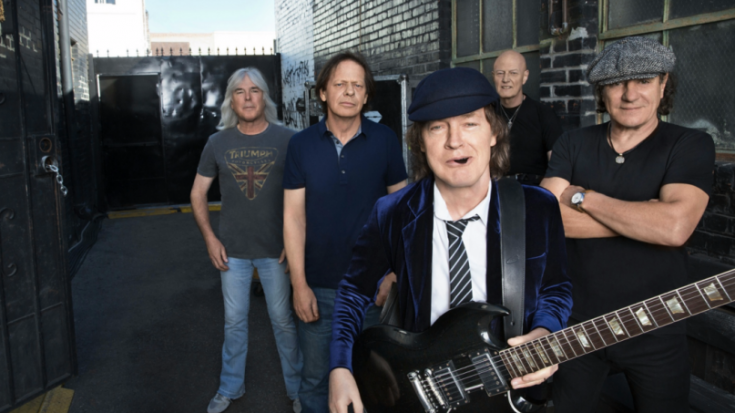 It was reported by Forbes Magazine that in 2015 the guys from AC/DC made over $60 million. That is an absurdly large amount. They have been going strong over 40 years and have proven to be true pioneers of classic hard rock. They have written some of the most timeless anthems of our time. …

Now… they are currently on tour. Rhythm Guitarist Malcolm Young had to retire due to being diagnosed with dementia. Drummer Phil Rudd was a bad boy and pleaded guilty to drug possession and threatening to kill someone. So he’s out of the band. Bassist Cliff Williams even said himself that he will be retiring after their current tour is our most recent news. And biggest of all, Lead Singer Brian Johnson is missing the rest of this tour due to hearing complications. Leaving just Angus Young, and though you could argue that Angus Young IS AC/DC, it’s still not enough to push aside the inevitable. Their retirement.

Fun Fact: AC/DC got its name from when Angus Young saw the letters ACDC on the back of his sister’s sewing machine.

Let’s start with their earnings. $60 million is a LOT of money! I’m not even sure I would know how to spend that much money. You could ask anyone what they would do with that much money and they’ll probably say that they would spend it like crazy. However, the guys from AC/DC (minus drummer Phil Rudd) have been super smart with their money and have invested into their future. They have built themselves a financial wellbeing that enables them to retire whenever they damn well please. Which would also be something to look into soon.

Now let’s talk about Brian Johnson. While he has arguably the most powerful voice in all of rock, a voice is still the most fragile instrument in the world. And though he is still able to hit those high notes… sorta, he is not going to be able to forever. It’s not necessarily a chore for the instrumentalists to play their instruments, but overtime it does become harder and harder for singers to sing their parts. It’s unfortunate, but it’s the truth.

Now and finally, let’s talk about the unit as a whole. As it was mentioned, the only two original members left in the band are Lead Guitarist Angus Young and Bassist Cliff Williams. A drummer and a rhythm guitarist are a little easier to replace, but a frontman/lead singer is REALLY hard to replace, especially when it’s Brian Johnson you’re replacing and ESPECIALLY when you replace him with AXL ROSE!

Fans who are going to these concerts on this tour are still getting a good show, but they’re not getting everything they hoped for. Fans who go to see the band want to see AC/DC, not bits and pieces of them. Now of course this isn’t all their fault. Things happened that were out of their control and it could happen to any band. Plus AC/DC still probably enjoy what they do. Still it does seem like the time has finally come. They have left an extraordinary legacy behind them and there would be NO shame in them retiring!