Poison And Def Leppard Will Tour Together Once Again! 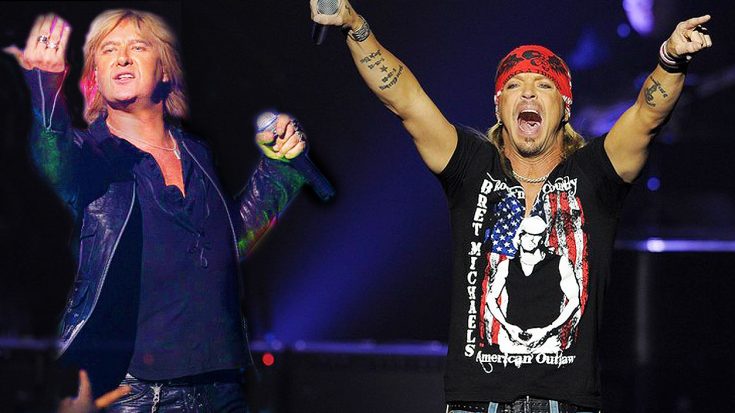 Bret Michaels has announced that Poison and Def Leppard are heading out on tour together once again in 2017. According to the Salt Lake Tribune, the Poison frontman has reportedly confirmed the pairing, but no official statement from any representative from either band has been made yet. This would not be the first time the two bands have embarked on a joint tour together. Back in 2009 they both did a co-headlining summer tour with Cheap Trick, and in 2012-13 Poison and Lita Ford supported Def Leppard on their Rock of Ages Tour. Poison’s last tour was the Rock of Ages Tour, and their last public appearance together was in 2013 at the “Indy 500 Miller Lite Carb Day.”

Hopefully Michaels is speaking the truth. It would be wonderful to see Poison reunite, especially since drummer Rikki Rockett recently announced he was cancer-free! Def Leppard has been steadily touring since the last time they toured with Poison. Earlier in the year, they did a concert cruise called Hysteria on the High Seas. Unfortunately the cruise turned out to be a disaster. There were low ticket sales, a storm hit the night they performed which prevented them being able to dock at a private island, and lead singer Joe Elliott had laryngitis the day of the concert, forcing the band to perform without him for the first time in their history. I think everyone can agree that a traditional Poison/Def Leppard tour is long overdue!

Check out these highlights from the last time these two bands toured together down below!