What Slash Does With This Acoustic “Sweet Child O’ Mine” Version In This Performance Will Blow Your Mind! 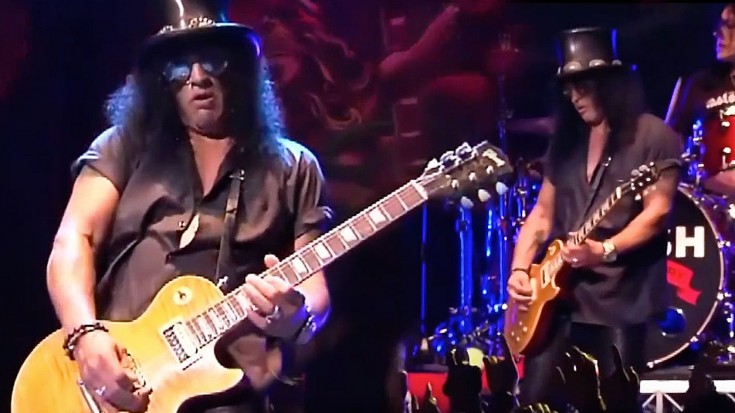 Although the presence of Axl Rose is lacking in this performance of “Sweet Child O’ Mine” in Sydney, AU, Slash really brings it home and will maintain his lead guitar reputation until his last chord.

With lead vocals coming from Myles Kennedy, of Alter Bridge, Slash has combined this rock singer with The Conspirators and himself to keep his rock n’ roll dream alive and deliver the people what they want.

Fun Fact: Slash actually came with the signature riff when he was playing around on his guitar and Axl made him keep it in the song.

“Sweet Child O’ Mine” has become one of the most rock songs in the history of the musical genre and is still to this day valued for the great beat, guitar work, vocals and so much more that it possesses.

Rock on forever Slash! We love you!