Remember When Chuck Berry And Julian Lennon Rocked Out Together To “Johnny B. Goode”? 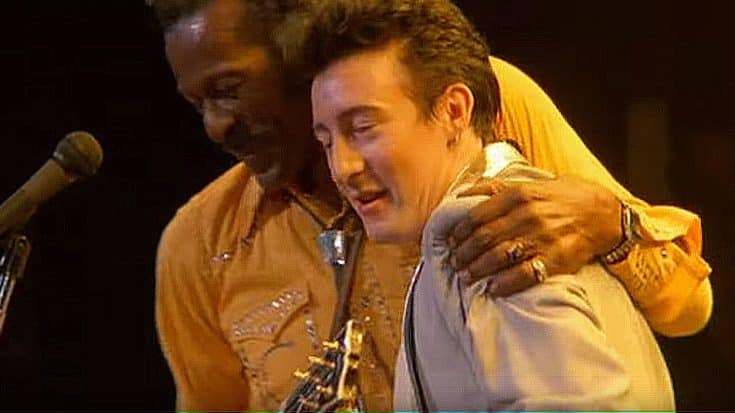 It’s no secret that John Lennon was a tremendous fan of Chuck Berry. In fact, John was fond of saying, “If you tried to give rock and roll another name, you might call it ‘Chuck Berry’.” and would light up whenever given the chance to talk about one of rock’s most loved pioneers.

In 1986, his son Julian showed that the Lennon family love for Chuck Berry ran deep through his veins when he joined Chuck onstage for a rowdy performance of ‘Johnny B. Goode’ in honor of the late Beatle.

From the moment Julian dances onstage, everyone is blown away by the resemblance between father and son – a resemblance that definitely translated into Julian’s vocal talents, no less! Julian delivered a performance with his dad’s friend and idol that’s worthy of its own recognition; while he walks, talks, looks and sounds like his famous dad, it’s clear that Julian is quite the accomplished and fiercely talented performer in his own right!