We Just Found Rare Footage Of Dio In The Studio And What Happens Next Is Incredible! 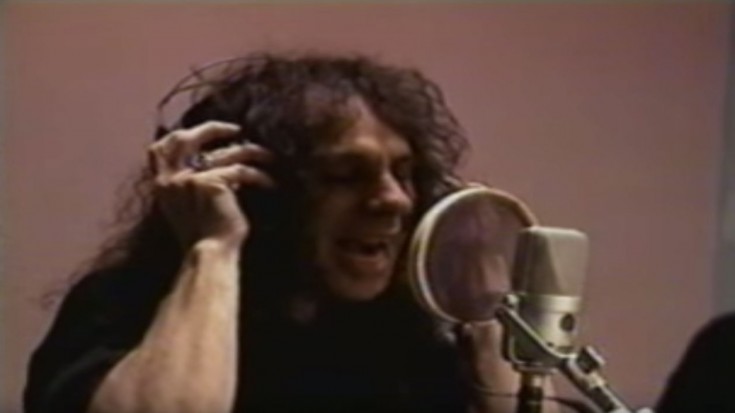 Even six years after his passing, Ronnie James Dio is still beloved and missed. He is a pioneer in the world of Hard Rock & Heavy Metal and his voice will forever be a beacon in the world of music.

Released on May 15th, 1990, ‘Lock Up The Wolves’ is for sure one of Dio’s greatest LP’s ever released. What’s even better is we found AMAZING studio footage of the making of this incredible album!

What you’re about to watch is awesome footage of Ronnie James Dio warming up for and recording ‘Hey Angle’, the hit single off of ‘Lock Up The Wolves’. What you’ll also see is his guitar player Rowan Robertson recording with him at just 17 YEARS OLD!

As we hear Ronnie’s vocals being laid down on this great track, it brings a tear to our eyes. We are seeing footage of a legacy being created right before our very eyes, and it’s wondrous to behold! As we close in on what would be Ronnie James Dio’s 73rd birthday, this video is hand-crafted to make even the most toughest kinds of people misty eyed. Ronnie James Dio is missed more and more every day. So with all that being said, enjoy this amazing studio footage! Just be sure to have a box of tissues with you…