We Already Loved Eddie Van Halen, But What He Just Did Made Us Love Him Even More 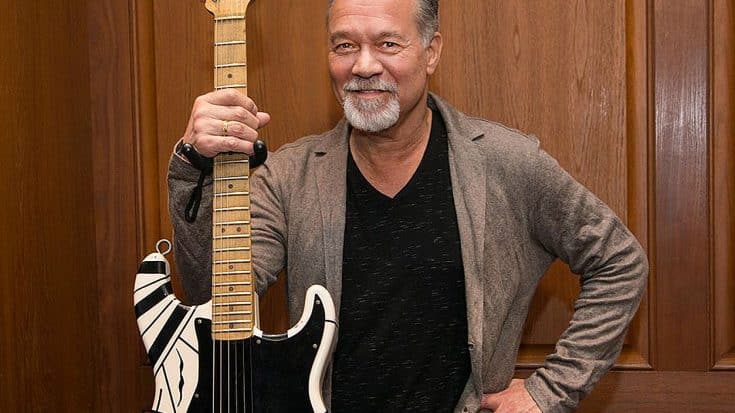 More than any other genre, rock music is a unique and special beast. We’ve been witness to the great things it’s allowed mere mortals to accomplish and we’ve seen the impossible dreams that became a reality – all because someone took a risk, whether it be on themselves or someone else they believed in, and I can’t tell you how precious that is. That spirit of rock and roll is alive and well today as evidenced by this week’s act of kindness from Eddie Van Halen that resulted in low income students being gifted with 75 guitars through the Mr. Holland’s Opus Foundation, an organization that provides musical instruments to schools without music programs and aids about 10,000 students annually.

Sure, it’s an act of kindness – as someone who lived for school music programs until they were cut, I know the impact of a gift like the one Eddie just gave, but more importantly, it’s that rock and roll spirit coming into play as Eddie took a chance on kids he’s never met, banking on the fact that giving them the gift of music will inspire at least one if not more to dream that impossible dream and make it a reality.

When asked why he did it, Eddie’s answer was simple: “My whole life has been music. I could not imagine anything else,” Van Halen told CNN. “It’s a must. It has to be taught.”

Love him or hate him, there’s no denying that what Eddie did was pretty cool and besides, who knows; one of those 75 guitars could spell a magical beginning for tomorrow’s Jimi Hendrix, Duane Allman, or yes – even Eddie Van Halen.