Lynyrd Skynyrd Recorded A Song For A Hit Cartoon, And It’s Every Bit As Awesome As You Expected 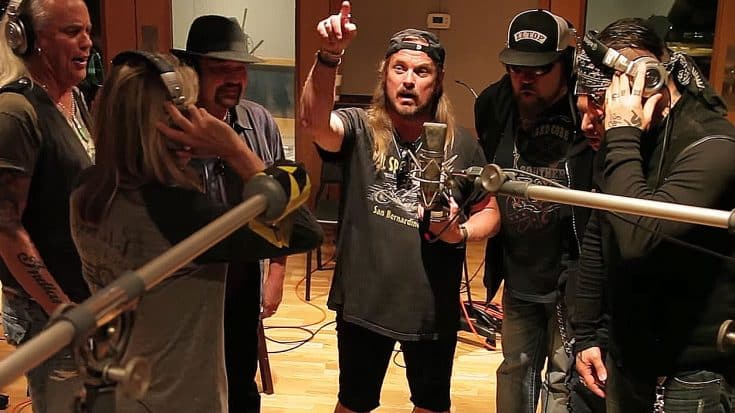 In 2013, Southern rock legends Lynyrd Skynyrd headed into the studio for a special project – their own Southern fried version of the theme song for hit Adult Swim cartoon Squidbillies and y’all, it’s every bit as awesome as we expected. Now we’ll admit, I’m not exactly a fan of cartoons – give me some good old Hanna-Barbera cartoons any day of the week! – but I’ll also admit that I cheered quite a bit when I came across the opening credits to Skynyrd’s episode of Squidbillies because it doesn’t just rock – it exposes a brand new generation of fans to the greatest band in Southern rock, which I think all of us can get behind!

I can’t even tell you how many YouTube comments are from young folks talking about how excited they were to hear Lynyrd Skynyrd’s song on their favorite show! For us Skynyrd die hards out there, there are a few fun little Easter eggs to surprise and delight in the form of an exclusive, behind the scenes clip of the guys in the studio recording the song and the intro to the theme song is a variation on Skynyrd’s own “I Know A Little” – pretty neat, right?

We’ve included both the behind the scenes video to show you how it came together as well as the final version, so be sure to give both videos a spin. Enjoy!