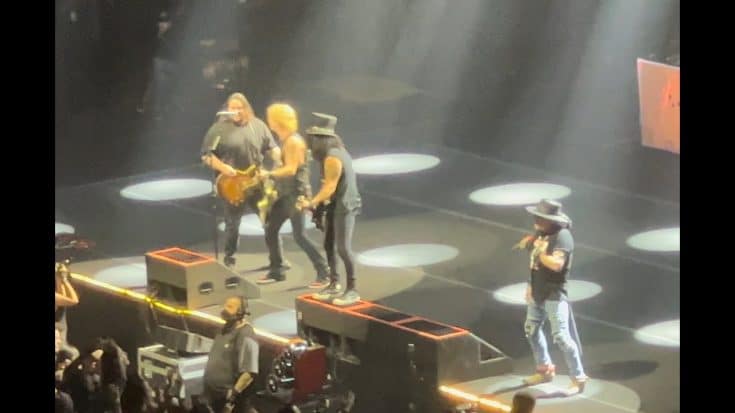 Wolfgang Van Halen shared the stage with Guns N’ Roses for a rocking performance of “Paradise City” during their October 2 concert in Florida. Wolfgang’s Mammoth WVH opened the show and he joined GnR at the end of GnR’s 28-song set. Watch their performance below.

Mammoth WVH have been supporting GnR since July.

“I’m really nervous, as always,” Wolfgang told UCR at the launch of the tour. “I’m a very anxious person. But in a funny way, it’s very similar to how I started out in Van Halen, where the first show I played was at an arena in Charlotte, N.C. This time, it’s at a stadium in Hershey, Penn.

“So it’s following in a really funny way,” he continued, “but definitely still terrifying. It’s an honor to be there … and I’m going to do my best.”