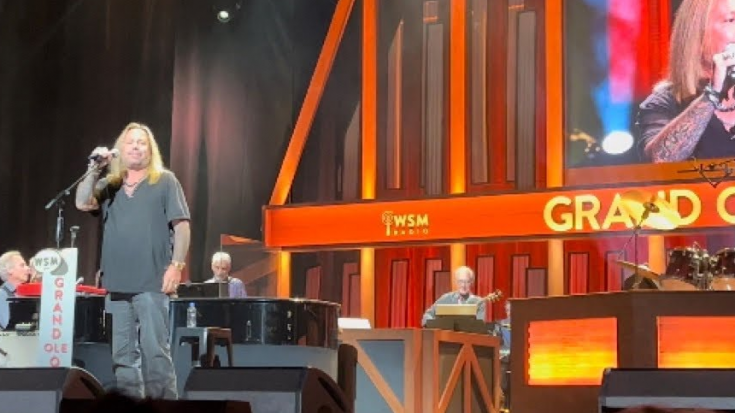 On August 3, Nashville’s acclaimed country music concert, the Grand Ole Opry, opened their arms to Motley Crue singer Vince Neil as he performed on the esteemed stage for the first time.

Performing Motley Crue’s 1985 classic “Home Sweet Home,” Neil definitely tore up his Opry debut which the fans absolutely loved. Coincidentally, the same track was covered by country singer and former American Idol winner Carrie Underwood, who was called up to perform on the Opry stage in 2008—talk about connections.

Despite starting in 1925 as a music platform within the range of country, folk, Americana, blues, and gospel, the Opry mentioned how their program has become more inclusive throughout the years. As per their official Twitter account last Tuesday, they sometimes count in performers from different genres—which in this case, the heavy metal Motley Crue singer gets the invite.

After his stunning performance at the Opry, Neil will then reunite with his bandmates from Motley Crue this weekend and will move forward with their Stadium Tour in Boston. The tour will go on and will finish up September 9th in Las Vegas. Also coming with the band on the road will be Def Leppard, Poison, and the iconic Joan Jett.