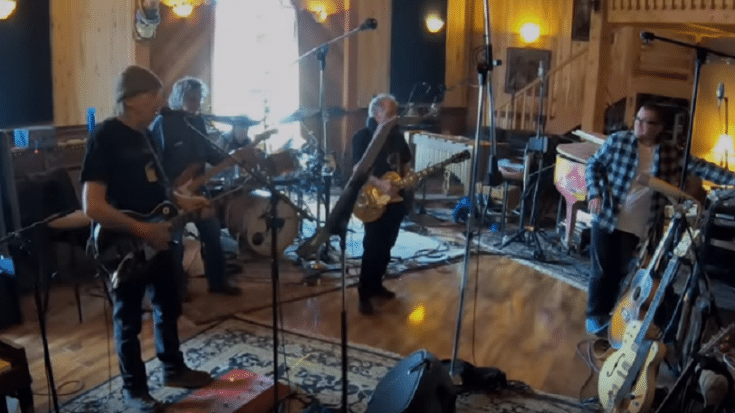 Behind The Scenes Look

Neil Young and Crazy Horse just released the trailer for their upcoming documentary film Mountaintop. It follows the making of their latest album Colorado, their first collaboration in seven years. It will be shown on theaters for one night only in North America – on October 22. Screening date in Europe and South America starts on November 8.

According to their website, this movie is “A raw and extremely unfiltered look at the process of Neil Young with Crazy Horse making their 1st album in 7 years. Witness the laughter, tensions, crusty attitudes & love of a rock & roll band that’s been together for 50 years as they share their passion, first and foremost… for the music.”

This 1-hr-26-m film will be out ahead of the LP’s release on October 25. Young has previously said that they won’t be touring as support for the album yet since he will spend much of 2019 focusing on his 15 unfinished film projects. Mountaintop is co-directed by Young under his pseudonym Bernard Shakey.

Abramorama CEO Richard Abramowitz said in an interview, “The only thing better than working on a Bernard Shakey film is working on another Bernard Shakey film. Providing fans around the world with the opportunity to see how Neil and the band put it all together is a particularly rare and exciting experience.”

Check out the trailer below.