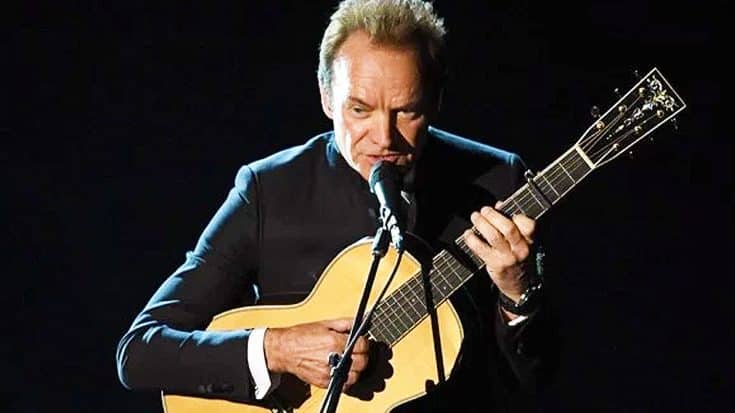 The audience was brought to tears

This year’s Oscar’s Awards was one for the ages! The 89th Academy Awards were filled with plenty of surprises, beautiful speeches, powerful messages, and….mistakes. Before the fiasco that was the final award for best picture, the show was shaping up to be one of the most memorable of all time.

In the midst of all the stars, celebrities and moments, Sting took the stage for a touching and delicate performance of his Oscar-nominated song “The Empty Chair.” The song is featured in the documentary Jim: The James Foley Story, a film about journalist James Foley who was killed by ISIS.

Sting’s brief performance was only about 45 seconds long, but it was 45 seconds of pure emotion. There wasn’t a dry eye in the room following his beautiful performance. As he exited the stage, a quote flashed on the screen from Foley. It read:

“If I don’t have the courage to challenge authority… We don’t have journalism.”

Click the image down below to check out Sting’s magical performance!