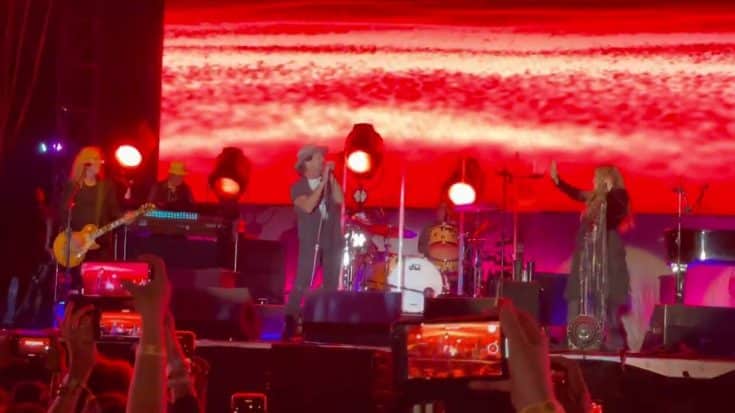 Last Friday night at Ohana Music Festival, Stevie Nicks and Eddie Vedder have joined forces on stage to perform “Stop Draggin’ My Heart Around,” a collaboration song of Nicks with Tom Petty.

The story of the classic song has been well documented after more than 40 years since it was released. Their hard work has paid off as “Stop Draggin’ My Heart Around” reached No. 3 on the Billboard Hot 100. Undeniably, the success contributed in the lifelong friendship between Nicks and Petty.

Nicks told the crowd a story before beginning the song at the festival. She said:

“We recorded it, it’s ready to go, he will even sing it with you.”

She recalled a member of Petty’s team (likely Iovine) telling her, “‘so he’s gonna give it to you, and he’s gonna sing it with you.’ And I said, ‘Yes!’ And that song kicked Bella Donna to No. 3 and then to No. 1 on the Billboard charts.”

After the performance, Nicks complimented Vedder by saying:

“That was sneaky Mr. Eddie Vedder!”

Meanwhile, Nicks released a cover of Buffalo Springfield’s classic “For What It’s Worth” last week. The singer said:

“I’m so excited to release my new song.

“It was written by Stephen Stills in 1966. It meant something to me then, and it means something to me now. I always wanted to interpret it through the eyes of a woman – and it seems like today, in the times that we live in, that it has a lot to say.”