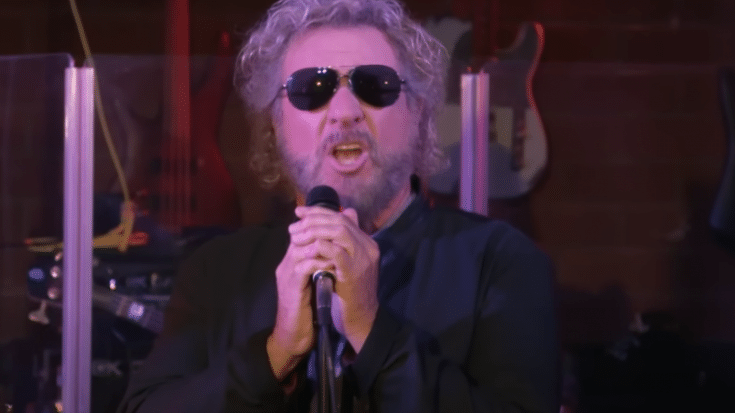 Hagar first meets up with Grunberg at the Woodshed and his friends from the cover band, Band From TV, which speaks for its name as all the members are actors from different TV shows. Band From TV does live streams and raises money to donate to charities. Grunberg then introduced Hagar to Melora Hardin from The Office and Adrian Pasdar from Heroes.

Not long after their chat, Rick Springfield walks into the bar and joins the party. Springfield made his acting debut in 1977 on the sci-fi TV series, The Six Million Dollar Man. In 1981, he became a soap opera star for his role as Noah Drake M.D in General Hospital. He also received a Grammy Award for Best Male Rock Vocal Performance in 1982.

Springfield’s single “I’ve Done Everything for You,” which reached the Top 10 charts was written by Hagar. When Grunberg asked Springfield how he managed to do both music and acting, he said:

“When I was on the soap opera… General Hospital, I was only on there for like 18 months but I would work five days a week.

“It was exhausting but it was like I mean, I was up for it.”

Grunberg then asked Springfield what career he had more fun doing, and he said:

Later in the episode, Hagar joined Band From TV onstage and performed Springfield’s classic “Jessie’s Girl.” You can check out the full video below.