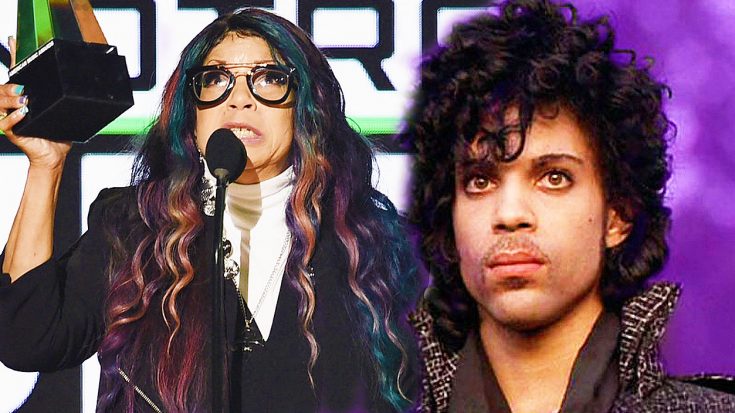 A Touching tribute to her beloved brother

This past weekend was the annual American Music Awards. The award show honors all of the music from this past year, unlike The Grammy’s, are decided on by the American population and fans.

On the ballot this year, Prince’s album “Purple Rain” resurfaced, and was up for the award for Soundtrack of the Year. The popularity of the album and movie dramatically spiked after his death in April, and pushed it back in to relevancy for the award show this year. Back in 1985 (the year the album was released) the album won both Pop/Rock and Soul/R&B albums of the year!

Purple Rain won the award, giving it its 3rd AMA. Accepting on behalf of Prince, was his sister Tyka Nelson. Tyka gave a beutiful, heartfelt speech about her brother and his music. She was also very grateful that the fans have kept his career alive after his death, and was also very inspiring about how Prince built his career and the message he preached.

Watch the video of the touching moment down below! We’re incredibly happy Prince was honored at the AMAs, because his music will live on until the end of time!