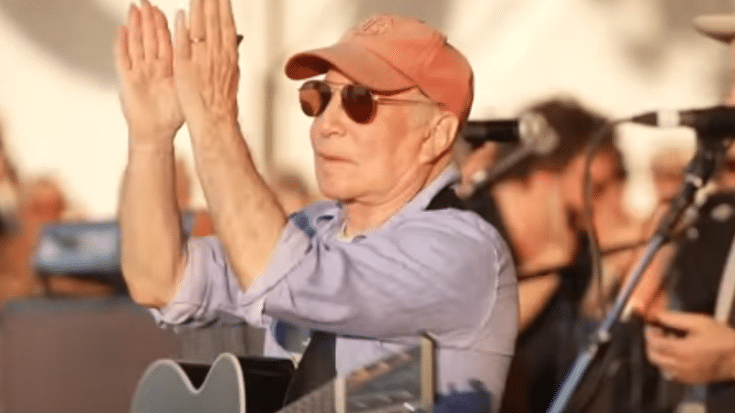 Paul Simon has teamed up with singer-songwriter Nathaniel Rateliff onstage Sunday at the Newport Folk Festival and performed several songs.

Simon then went up to the stage and joined Rateliff for several songs, such as a rendition of “Graceland” before performing “American Tune” with Rhiannon Giddens and joining Rateliff again for “The Boxer.” Simon wrapped up the set with a solo performance of “The Sound of Silence.” Simon said of the experience:

“What a joy working with Nathaniel and his incredible band.

“The atmosphere at the festival was nothing short of wonderful.”

“It’s hard to put into words the joy we felt bringing the great American songwriter Paul Simon to the Newport Folk stage.

“Thank you, Paul, for your songs, your voice and your presence.”

The recent performance marks as Simon’s first-ever appearance at the Newport Folk Festival, which has been running since 1959 and has featured iconic sets from the likes of Bob Dylan, Joan Baez, Joni Mitchell and Leonard Cohen. During this year’s festival, the acts were composed of Taj Mahal, Brandi Carlile, the Roots, Courtney Barnett, the National, Japanese Breakfast, Maren Morris and more, including a surprise appearance by Mitchell.

Check out their live performances on the videos below.