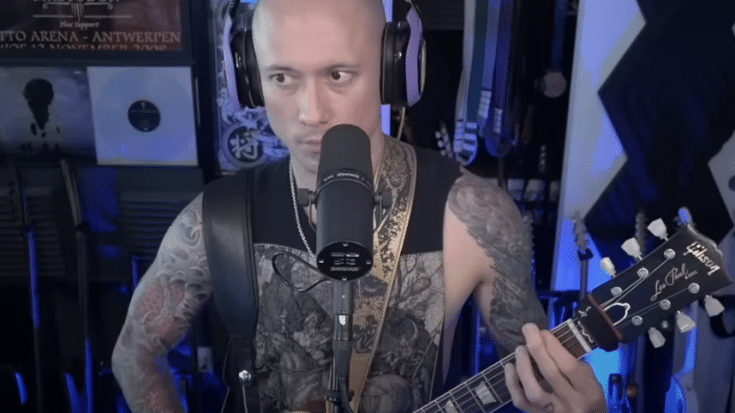 Matt Heafy of Trivium is now added to the list of artists who covered the classic Kate Bush song, “Running Up That Hill.”

The 1985 hit song has recently caught an impressive attention when it was used in the fourth season of Stranger Things. After 37 years of its date of release, the song was covered by a number of bands and artists and some of them even created their own unique version.

The most recent one was the cover done by Matt Heafy in a style of Metallica’s “Master of Puppets.” He was accompanied by the famous content creators Anthony Vincent and Stevie T. The song was blended with the Metallica’s classic giving it a rock killer cut vibes.

Vincent, expertly adapted a more menacing vocal approach to the Bush’s moody ’80s standout. Heafy, who brought it all together, first rocked out some Metallica-esque riffs on guitar, then stepped up to the mic himself to join Vincent’s vocals with a more throaty rough vocal approach. The YouTube guitar sensation, Stevie T, chimed in with some blistering soloing to finish out the song.

Both “Running Up That Hill” and “Master of Puppets” have been incorporated in the season four of the popular Netflix show. Bush’s song has climbed into the Top 5 on the Alternative Chart and hit the Top 10 at Top 40 radio, while Metallica’s track is back climbing the Active Rock chart. You can check out the video of their cover below.