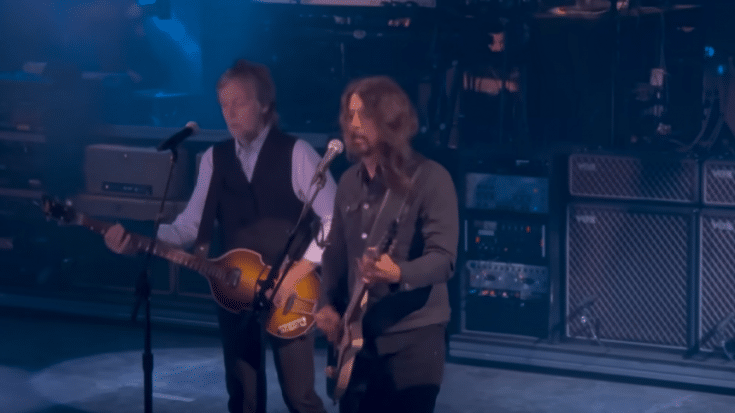 Paul McCartney was recently joined by fellow rock icons Dave Grohl and Bruce Springsteen during his headlining set at Glastonbury Festival in Somerset, UK on June 26.

McCartney continued the celebration of his recent 80th birthday onstage by bringing out both Springsteen and Grohl as guests over the course of a 38-song set. It marked as Grohl’s first public performance since the death of Foo Fighters’ drummer Taylor Hawkins.

The Beatles icon introduced Grohl to the audience as “my friend, your hero.” As the singer walks onstage, McCartney said:

“This guy flew in specially to do this. We love you.”

“I swear, I would never miss being right here with you, right now.”

Together, they performed “I Saw Her Standing There” and “Band on the Run.” While the Boss appeared to play “Glory Days” and “I Wanna Be Your Man.” Later on the show, both Grohl and Springsteen came back for the final encore of “The End.”

McCartney said before leaving the stage:

Grohl is scheduled to be seen next on the upcoming tribute concerts of Foo Fighters to their late bandmate, Hawkins. The “all-star rock shows” will be held at London’s Wembley Stadium on September 3rd and Los Angeles’ Kia Forum on September 27th. Watch the live performance below.