Watch Patti Smith’s Performance of ‘Because The Night’ From 1979 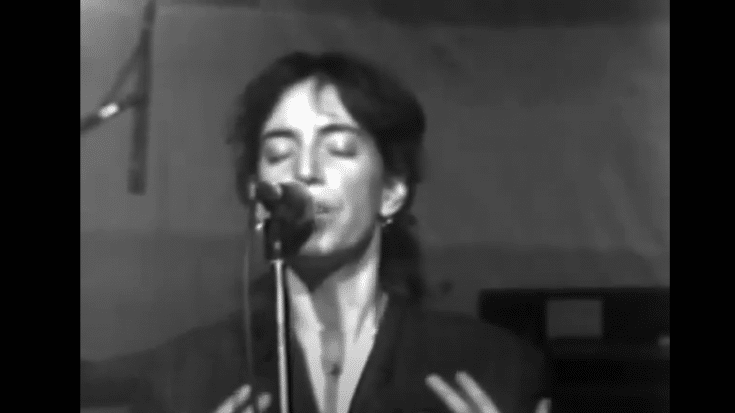 “Because The Night” is a standout in Patti Smith’s catalog because it’s not delivered in her usual style. Written alongside Bruce Springsteen, it was first featured on the Patti Smith Group’s 1978 album “Easter.” Its roots can be traced back to 1977 when Springsteen and the E Street Band recorded it at Atlantic Studios, New York on June 1 during one of the early sessions for “Darkness on the Edge of Town.”

But they only had a title with some mumbling from Springsteen. He couldn’t finish the song and struggled with it for four months.

So did it get to Patti Smith?

According to engineer Jimmy Iovine, “Now, Bruce was very understanding and very flexible, because he realized that this was my first real break as a producer. Anyway, one night whilst we were lounging around the Hotel Navarro in New York I told Bruce I desperately wanted a hit with Patti, that she deserved one. He agreed. As he had no immediate plans to put ‘Because the Night’ on an album, I said why not give it to Patti. Bruce replied, ‘If she can do it, she can have it.'”

The video below shows The Patti Smith Group performing “Because The Night” at the Capitol Theatre in Passaic, New Jersey.