Watch One Of The Earliest Concerts Of KISS 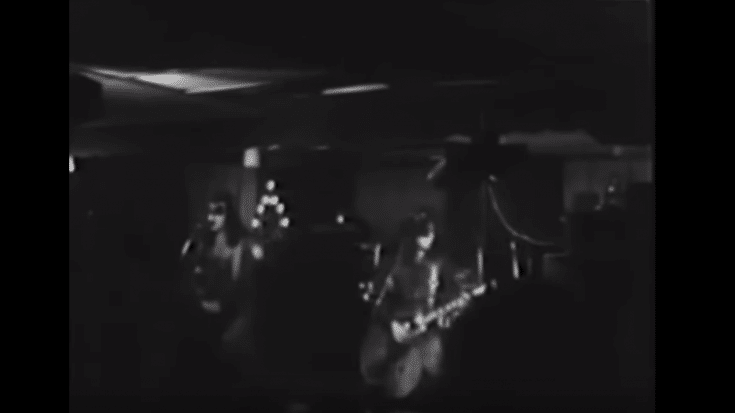 Although KISS can trace its roots back in 1971 as Wicked Lester, it wasn’t until January 1973 when they finally had their classic lineup of Gene Simmons, Paul Stanley, Peter Criss, and Ace Frehley. That same month, they made their live debut at a club in Queens at the Coventry. And Dangerous Minds just found the footage of their earliest known live performance in the same New York venue filmed on December 21, 1973.

They made history that day because every single member of the group sported a full-face makeup. Just before the show stars, an announcer says: “We’re going to present a group to you that’s got an album coming out January 25th. Put your two lips together. Ladies and gentlemen, Kiss!”

The video isn’t high quality but that’s to be expected since not everyone carried cameras back then. Nevertheless, you can hear KISS power through “Deuce” and “Cold Gin” which would be included in their self-titled album. They didn’t break into mainstream for their first few releases but they did earn the reputation for stellar live performances.

Meanwhile, they revealed late last year that their final gig will be held in New York City on July 17, 2021. David Lee Roth will also open their 2020 shows.